Twenty-one-year-old Australian Ashleigh Barty has leapt into contention to qualify for the WTA Elite Trophy Zhuhai, which begins on 31 October.

By reaching last week’s Dongfeng Motor Wuhan Open final, where she lost to fellow Zhuhai contender Caroline Garcia, Barty has climbed to 18th spot on the Shine in Zhuhai Leaderboard.

The Shine In Zhuhai Leaderboard is made up of players ranked nine and above based on this year’s results and includes one wildcard. The final 12 singles players in Zhuhai will be decided finally on 22nd October, when the last ball of the regular WTA season is struck, thus paving the way for the WTA Finals in Singapore and WTA Elite Trophy Zhuhai season-ending showcases.

Dominika Cibulkova, Lucie Safarova, Magdalena Rybarikova and Barty’s fellow Australian Daria Gavrilova are all battling claim to a place on the Leaderboard with only two weeks’ left of the regular WTA season.

Ashleigh Barty quotes:
“It (Zhuhai) wasn’t really on our radar, to be honest. I think this year, this last trip, we’d sort of set up to play here, Beijing, Singapore. That was the end of the season for us. It is a nice problem to have. It would be a really nice way to finish the season.

“It’s just been obviously a really consistent year and a very successful year. I think when the season’s over, we’ll be able to sit down as a team, have a drink, just sort of relax and enjoy what we’ve been able to achieve this year. Obviously it really has been a phenomenal year. For me, I don’t know if I thought it was all possible. But it’s certainly nice to be reaping the rewards.” 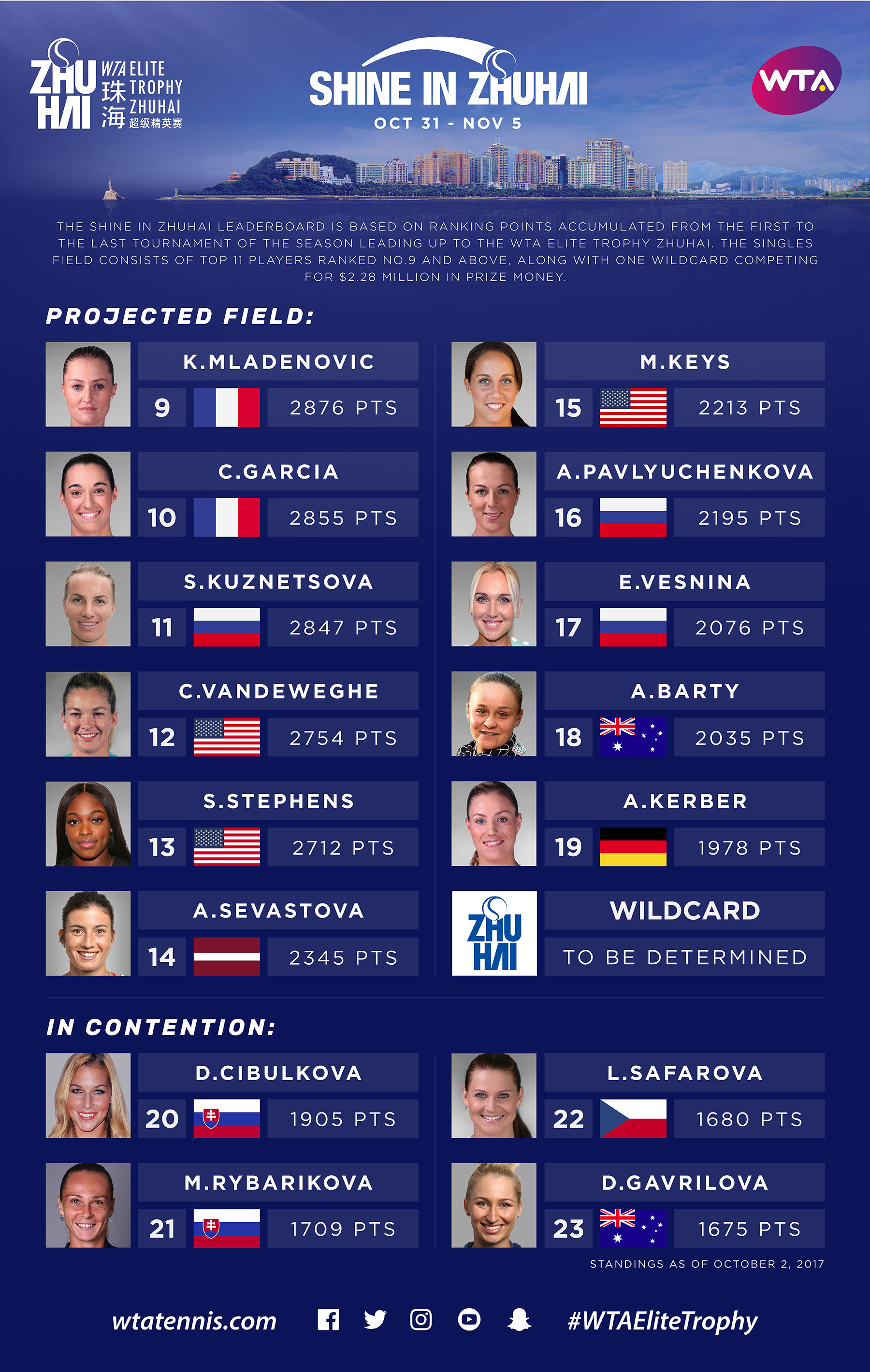