Serbia’s Novak Djokovic today returned to the top of the ATP Rankings for a fourth stint at the pinnacle of men’s professional tennis. Almost two years to the day since Djokovic completed his 223rd and most recent week at No. 1, he replaces Spain’s Rafael Nadal in the top spot.

“Reflecting on what I’ve been through in the last year, it’s quite a phenomenal achievement,” said Djokovic. “And, of course, I’m very, very happy and proud about it. Five months ago, if you told me that, I would be —  I always believe in myself, but it was highly improbable at that time considering my ranking and the way I played and felt on the court… I’ll probably be able to speak more profoundly about it when the season is done and hopefully if I get to finish as No. 1.” 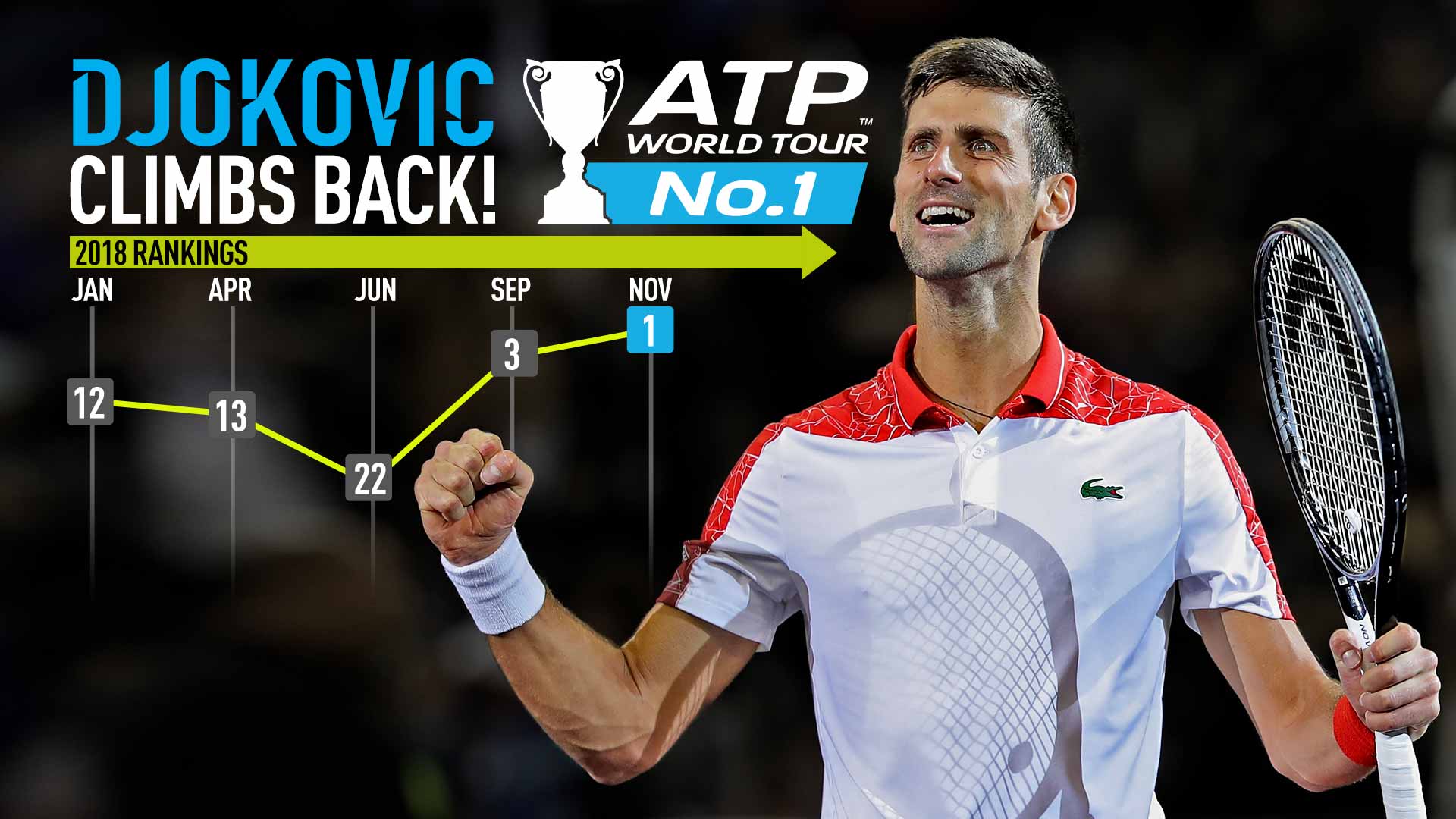 Chris Kermode, ATP Executive Chairman and President, said, “What Novak has achieved this season has to go down as one of the great sporting comebacks. It’s been a phenomenal return to form that would have been hard to imagine just six months ago. He fully deserves his return to No.1 in the ATP Rankings and should be incredibly proud of his exceptional season.”

Djokovic underwent surgery on his right elbow in January after the Australian Open, which was his first tournament in six months. He reunited with long-time coach Marian Vajda at the Rolex Monte-Carlo Masters in April and entered the Internazionali BNL d’Italia in May with a 6-6 record. Djokovic has since compiled a 43-5 match record, including a 31-2 mark since the start of Wimbledon.

Djokovic and Nadal will now battle to become a five-time year-end No. 1 in the ATP Rankings at the Nitto ATP Finals, the season finale to be held at The O2 in London from 11-18 November.