Dominic Thiem has become the fifth singles player to qualify for the 2019 Nitto ATP Finals, after beating Karen Khachanov in the semi-finals on Saturday at the China Open in Beijing. He joins Novak Djokovic, Rafael Nadal, Roger Federer and Daniil Medvedev at The O2 in London from 10-17 November.

The 26-year-old Thiem has secured his place at the season finale for the fourth consecutive year (2016-2019), matching the record of fellow Austrian and former World No. 1 Thomas Muster, who participated at the tournament in 1990, 1995-97.

“For me personally, it was one big goal when I started the season,” said Thiem. “I’m very, very happy that I made it again. But it’s not because of today’s win, it’s because of all the season. It’s a big honour for me to again be a part of [such a] big event in London. It also shows that I [have] played another very good and consistent season. I’m looking forward to it a lot.” 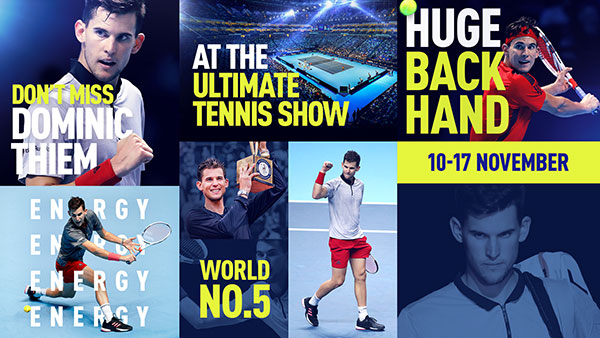 Thiem, who has been a permanent fixture in the Top 10 of the ATP Rankings since 6 June 2016, captured the biggest title of his career in 2019 with his first ATP Masters 1000 crown at the BNP Paribas Open in Indian Wells (d. Federer) in March. He did not drop a set in also lifting clay-court silverware at the Barcelona Open Banc Sabadell, where he beat Nadal and Medvedev in the last two rounds, and at the Generali Open in Kitzbühel (d. Ramos-Vinolas), his first title on home soil. He has won at least three ATP Tour titles in four of the past five years (except 2017).

The Austrian went 23-7 on clay courts this year, which included a run to his fourth straight Roland Garros semi-final and his second successive final (l. to Nadal). He broke Djokovic’s 26-match winning streak at Grand Slam championships with victory in the Paris semi-finals.