Spain’s Rafael Nadal today returned to the top of the ATP Rankings for an eighth stint at the pinnacle of men’s professional tennis, exactly 12 months to the day since he completed his 196th and most recent week at No. 1 on 4 November 2018.

“I’m super happy with my season,” said Nadal. “It was a tough beginning but then I was able to find a way to be back playing at a very high level of tennis and be in the situation that I am today. I’m very proud about the year that I am having.” 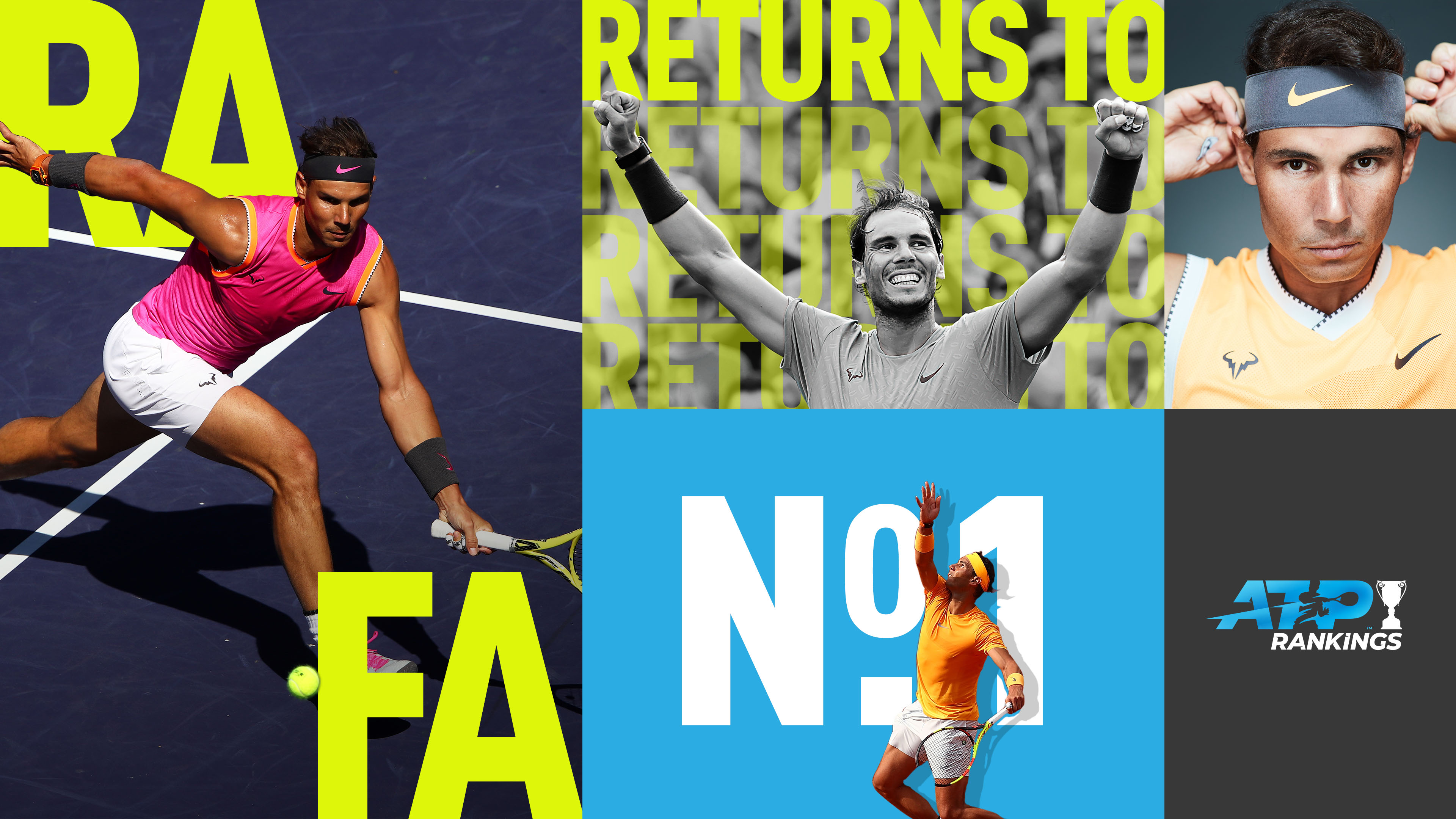 Chris Kermode, ATP Executive Chairman and President, said, “Rafa has made a habit of setting the highest of standards throughout his career and his return to No. 1 is just the latest example. It’s an incredible achievement and he continues to amaze with his longevity at the top of the game – many congratulations to him and his team.”

The Spanish superstar, who ended the 2018 season early due to injury, has returned in 2019 playing some of the best tennis of his career. In compiling a 51-6 match record, Nadal has captured four trophies this season, including a historic 12th title at Roland Garros (d. Thiem) in June and a fourth at the US Open (d. Medvedev) in September. He won a ninth Internazionali BNL d’Italia crown (d. Djokovic) in Rome in May and a record-extending 35th ATP Masters 1000 trophy in August at the Coupe Rogers in Montreal. He also reached the Australian Open final (l. to Djokovic) in January and has now contested three Grand Slam championship finals in a calendar year on four occasions (also 2010-11, 2017).

On 11 July, Nadal became the first player to qualify for the 2019 season-ending Nitto ATP Finals. It is the 15th straight year that he has qualified for the elite eight-player tournament.