The field is set for the inaugural ATP Cup, to be held from 3-12 January 2020 in Brisbane, Perth and Sydney. The final six countries — Bulgaria, Chile, Poland, Uruguay, Moldova and Norway — have qualified in the ATP Cup Standings to complete the 24-team field.

Grigor Dimitrov (Bulgaria), Cristian Garin (Chile), Hubert Hurkacz (Poland), Pablo Cuevas (Uruguay), Radu Albot (Moldova) and Casper Ruud (Norway) will lead their countries in the spectacular event that launches the 2020 ATP Tour season. The ATP Cup will feature nine members of the Top 10 in the ATP Rankings — including Serbia’s Novak Djokovic and Spain’s Rafael Nadal — and 26 of the Top 30 committed to play. 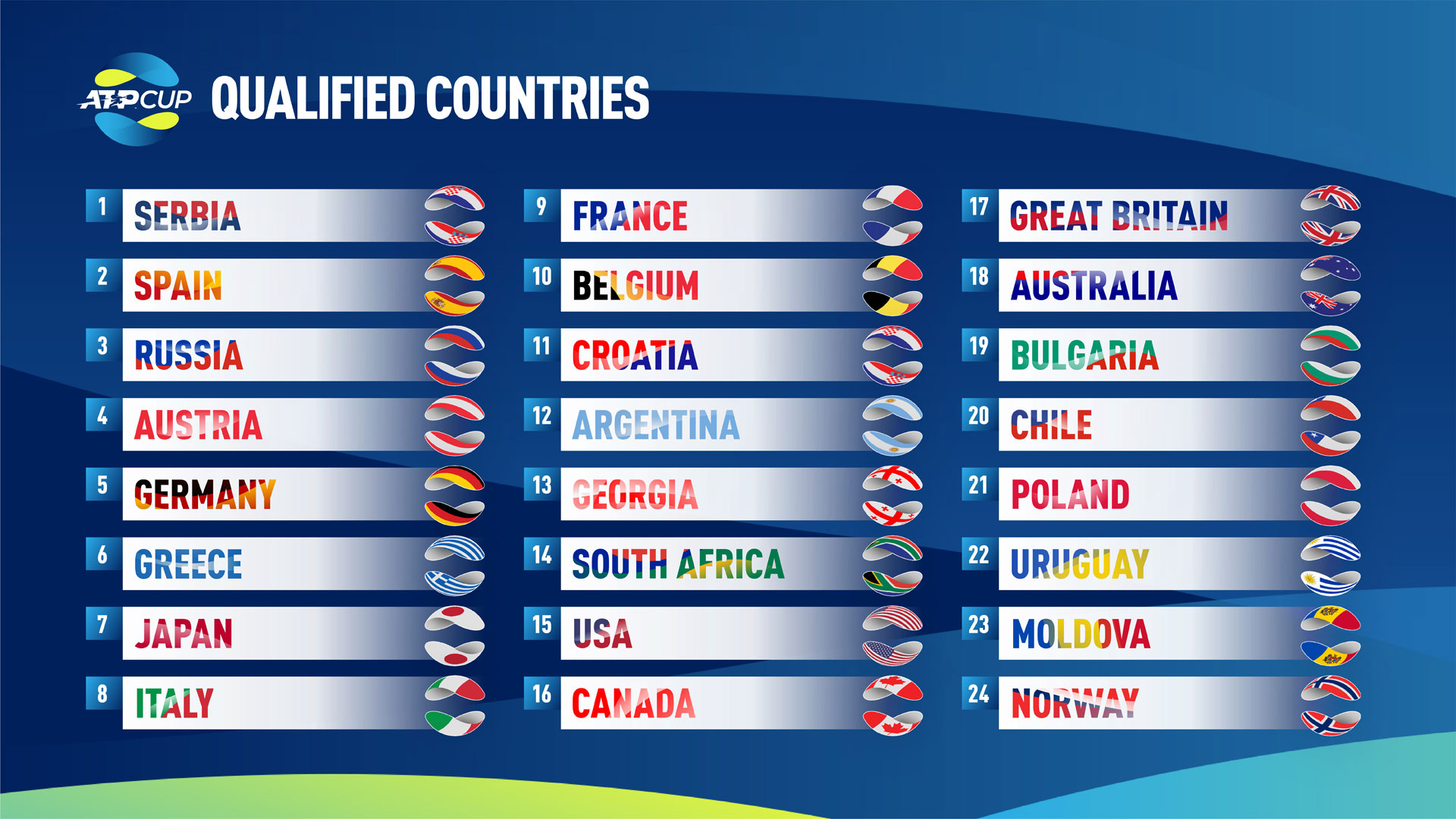 As the highest qualified country at the second entry deadline, Bulgaria will replace Switzerland and join Belgium and Great Britain in Group C in Sydney. The remaining five countries will be drawn into their groups/cities in a live ceremony on 14 November at 11am in Melbourne (midnight GMT, 7pm ET), hosted by Todd Woodbridge who will be joined by John Fitzgerald, on the ATP Cup’s Facebook page, www.facebook.com/ATPCup.

The group stages of the AU $22 million/US $15 million ATP Cup will be hosted in Brisbane, Perth and Sydney over six days. Eight countries will then compete at the Final Eight in Sydney that will feature quarter-finals over two days, semi-finals and a final. Each tie will comprise of two singles and one doubles match.