Rafael Nadal has clinched the year-end No. 1 ATP Ranking for a fifth time, following today’s results at the Nitto ATP Finals. The Spanish star’s position at the summit of the year-end ATP Rankings was confirmed following Novak Djokovic’s defeat to Roger Federer at The O2 on Thursday evening.

Nadal, who replaced Novak Djokovic at World No. 1 on 4 November, has enjoyed a stellar season, capturing four titles — including two Grand Slams and two ATP Masters 1000s. At 33, Nadal is the oldest player to finish year-end No. 1 in the history of the ATP Rankings (since 1973). 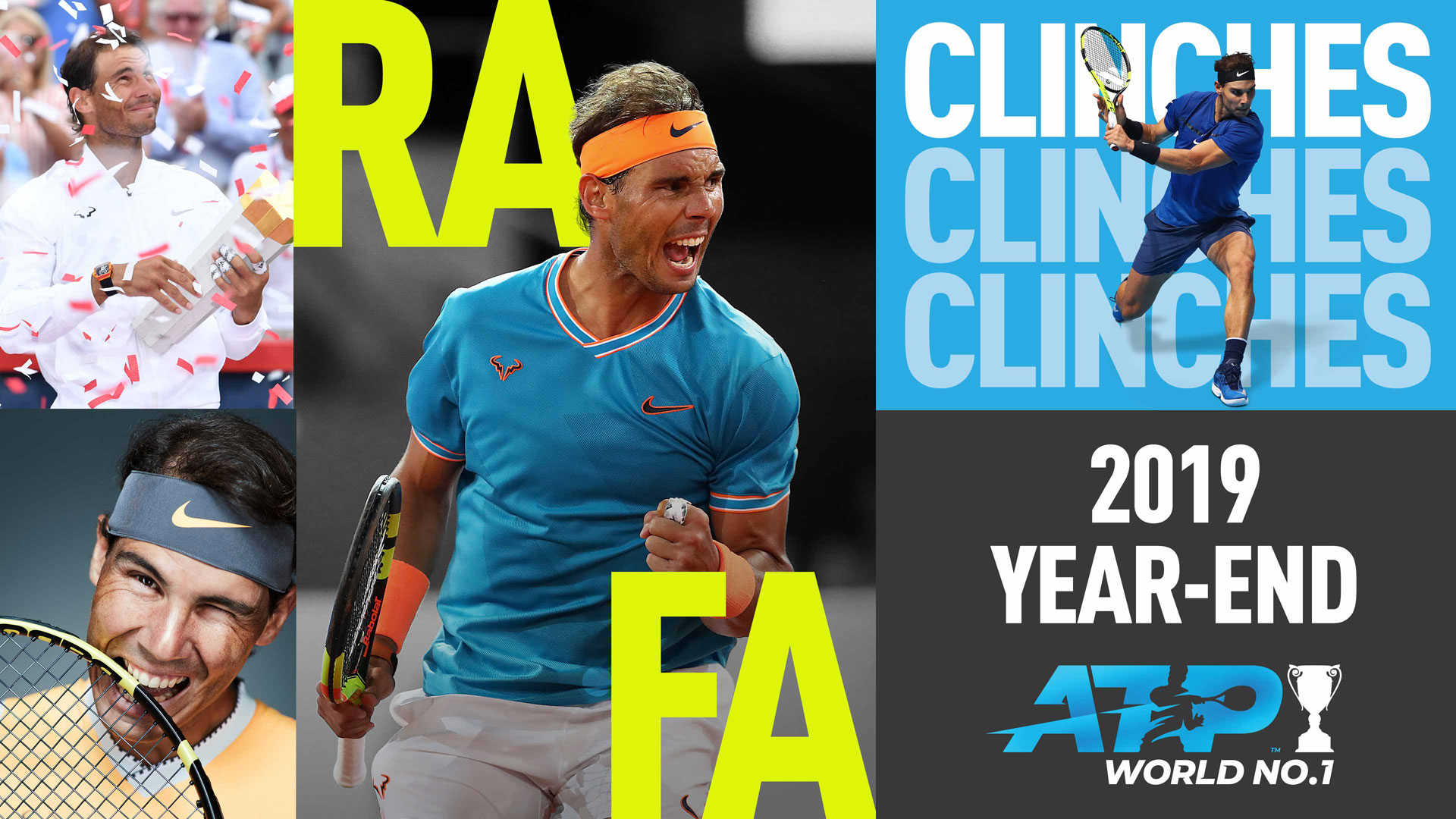 Chris Kermode, ATP Executive Chairman and President, said, “Rafa has had another incredible season and fully deserves this accolade for a remarkable fifth time in his career. Since the inception of the ATP Rankings in 1973, only 17 players can lay claim to finishing year-end No.1 – it’s unquestionably one of the toughest achievements in all sport. On behalf of ATP, many congratulations to Rafa and his team.”

The Spanish superstar, who ended the 2018 season early, has returned in 2019 playing some of the best tennis of his career. In compiling a 52-7 match record, Nadal has captured four trophies this season, including a historic 12th title at Roland Garros (d. Thiem) in June and a fourth at the US Open (d. Medvedev) in September. He won a ninth Internazionali BNL d’Italia crown (d. Djokovic) in Rome in May and a record-extending 35th ATP Masters 1000 trophy in August at the Coupe Rogers in Montreal. He also reached the Australian Open final (l. to Djokovic) in January and has now contested three Grand Slam finals in a calendar year on four occasions (also 2010-11, 2017).

This week, Nadal is aiming to clinch his first title at the Nitto ATP Finals, which he has qualified for a record 15 straight occasions (nine appearances) since 2005. Nadal will be presented with the ATP Tour No. 1 trophy at The O2 this week.