Serbia’s Novak Djokovic today returns to the top of the FedEx ATP Rankings for a fifth stint after capturing a record-extending eighth Australian Open title. It will be his 276th week at the top, replacing Rafael Nadal, who had overtaken him at No. 1 on 4 November last year.

“That’s one of the two biggest goals, for sure. I mean, there is no secret in that,” said Djokovic, after winning in Melbourne. 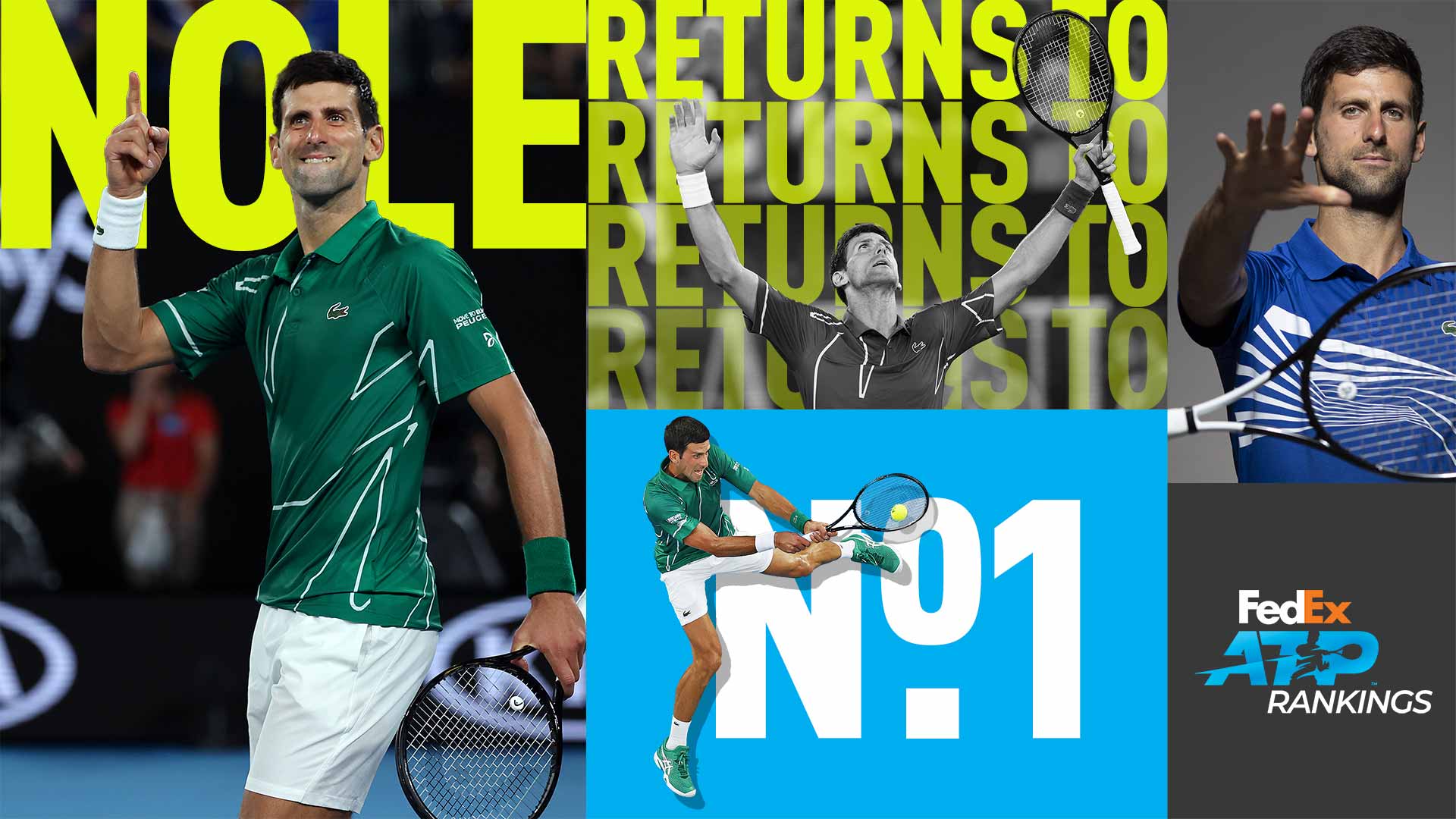 Andrea Gaudenzi, ATP Chairman, said, “Novak has had a faultless start to the season, leading Serbia to victory at the ATP Cup and capturing a record eighth Australian Open crown. He has proven yet again that he is the man to beat and his record in Australia is second to none. Many congratulations to Novak and his team on such impressive start to the year and his deserved return to World No. 1 in the FedEx ATP Rankings.”

The 32-year-old Djokovic is unbeaten in 2020 with a perfect 13-0 match record, which includes helping Team Serbia clinch the inaugural ATP Cup trophy. His Australian Open win takes Djokovic’s Grand Slam championship tally to 17 (third in the all-time list behind Federer on 20 and Nadal on 19) and gives him a strong lead in the year-to-date FedEx ATP Race To London.

Tickets are now on public sale for the Nitto ATP Finals, which marks the 50th anniversary of the season finale and will be the 12th and final edition held in London, before it moves to Turin, Italy, in 2021. The Nitto ATP Finals will be held at The O2 in London from 15-22 November. Buy Tickets

MOST WEEKS AT NO. 1 IN FEDEX ATP RANKINGS (since 1973)
A list of the total number of weeks each player has spent at No. 1 in the history of the FedEx ATP Rankings (since 1973):