Interactions on ATP social media channels hit an all-time high in January. From 1 January through the end of the Australian Open on 2 February, ATP digital platforms received unprecedented levels of engagement:

ATPTour.com and ATPCup.com combined for 55.1m page views during the same period, with 7.2m users and 18.3 m sessions. There were 7.8m visits to news stories. ATPTour.com users were up 68 per cent compared to the same period in 2019. 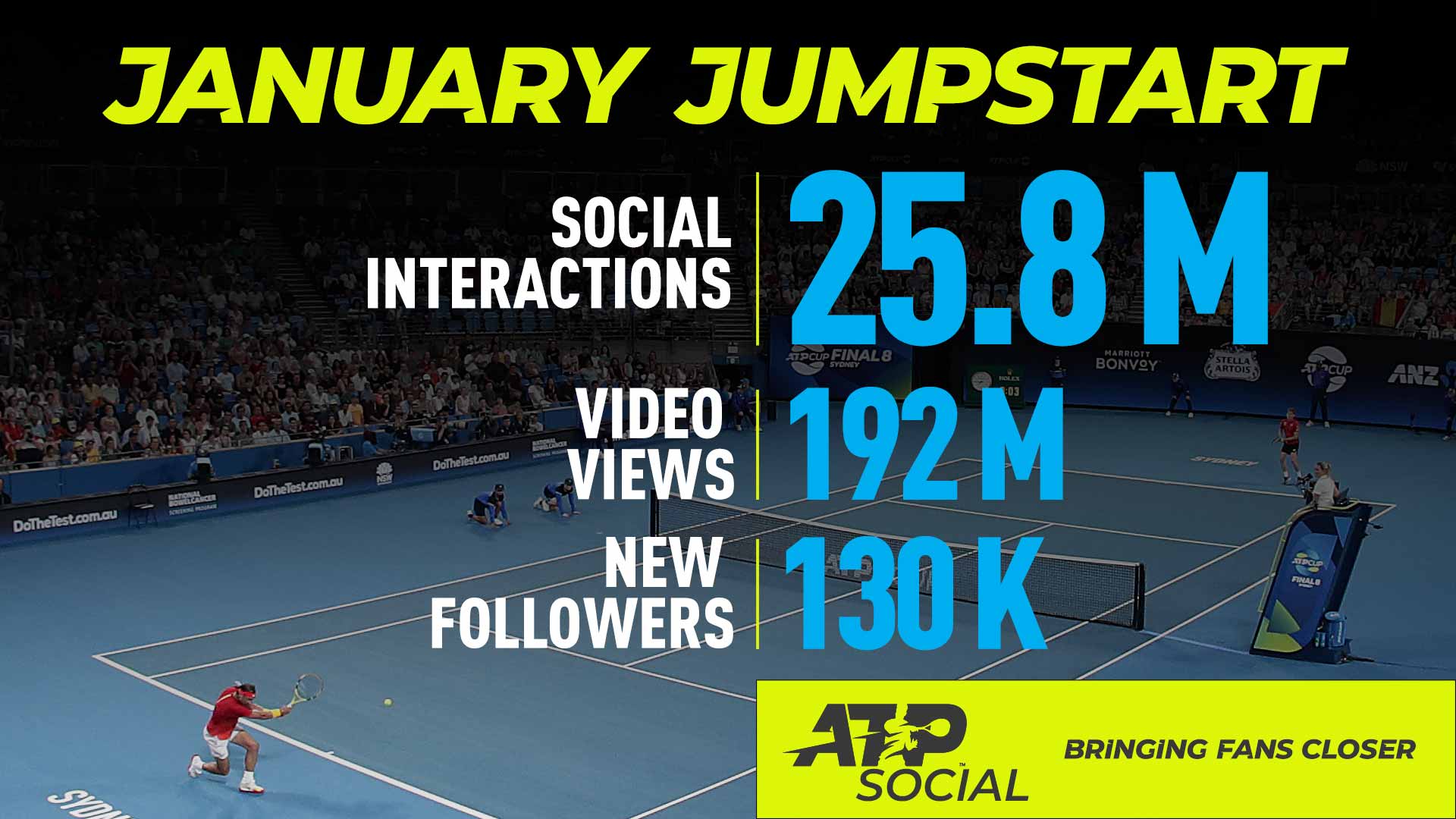 The ATP Cup in Brisbane, Perth and Sydney fulfilled its promise to jumpstart the season by captivating fans with absorbing narratives, including Australia’s run to the semi-finals and a showdown between the game’s two top-ranked players, Rafael Nadal and Novak Djokovic, in a dramatic final between Team Serbia and Team Spain in Sydney.

The 22-year-old Russian Andrey Rublev garnered headlines by becoming the first player since 2004 to start the season with back-to-back titles in Doha and first-year event in Adelaide. And 21-year-old Frenchman Ugo Humbert provided a glimpse into the future with his maiden title in Auckland.

At the Australian Open, myriad five-set thrillers, including Novak Djokovic’s win in the title match over Dominic Thiem, who defeated Nadal in an epic quarter-final, punctuated a riveting fortnight.

Some of the most popular content on social media during this period included: