Andrey Rublev became the fifth singles player to qualify for the 2021 Nitto ATP Finals, to be held at the Pala Alpitour in Turin from 14-21 November, after the Erste Bank Open draw was published on Saturday.

“I am so happy to be back competing with the best eight players in the world,” said Rublev. “It is such a unique and prestigious tournament and I can’t wait to play in Turin.” 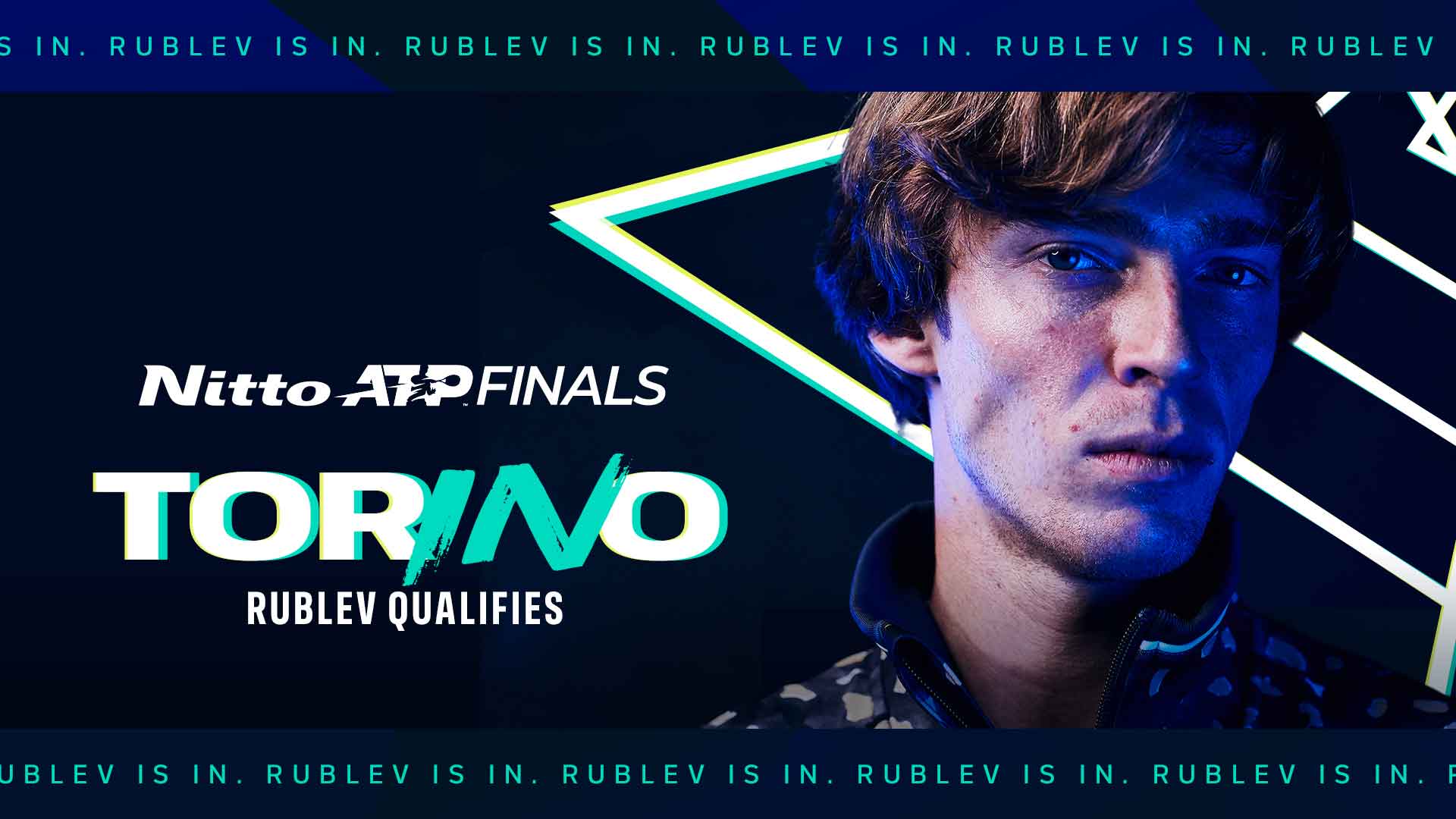 The Russian star, who reached a career-high No. 5 in the FedEx ATP Rankings in September, claimed his eighth ATP Tour title at the ABN AMRO World Tennis Tournament in Rotterdam (d. Fucsovics) in March. The Moscow native also reached his first two ATP Masters 1000 finals at the Rolex Monte-Carlo Masters (l. to Tsitsipas) in April and the Western & Southern Open in Cincinnati (l. to Zverev) in August.

Rublev has compiled a 47-18 match record in 2021, including an eight-match winning streak to start the season. During that stretch, he went 4-0 in singles play to help Russia clinch the ATP Cup title in February.

The 24-year-old made his debut at the Nitto ATP Finals last year when the event was held at The O2 in London. He went 1-2 in round-robin play, defeating two-time runner-up Dominic Thiem.